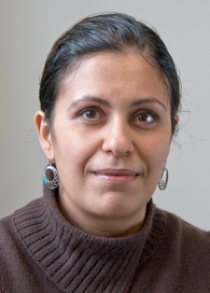 Parisa completed her B.Sc. in chemistry at the University of British Columbia in 1998 before pursuing graduate studies at the Massachusetts Institute of Technology under the guidance of Prof. Richard R. Schrock where she was the recipient of an NSERC Post Graduate Scholarship.  She completed her Ph.D. in polymer catalysis in 2002 and then went on to a 2-year Post-Doctoral Fellowship in metal-mediated methanol homologation with Professors John E. Bercaw and Robert H. Grubbs at the California Institute of Technology.

Parisa began her independent career at UBC in 2005 as an NSERC University Faculty Award recipient. She rose to the rank of Associate Professor in 2013.  In recognition of her research excellence, Parisa was twice awarded the national Ichikizaki Travel Award (’08,’10) and the international Government of France Mobility Award in Science & Technology.  In 2015 she was awarded the Alexander von Humboldt Fellowship and the UBC Killam Research Fellowship.

Research in the Mehrkhodavandi group currently focuses on the development and study of catalysts for formation of biodegradable polymers.